Magnetism has existed since the creation of the first matter, so, it is as old as the universe itself. There is no evidence that magnets were used by our first humanlike ancestors. However, there are claims that some of those early ancestors had natural magnets inside the nasal cavity, and that they used them for orientation. Archeological findings suggest that some of the bones surrounding the nasal cavity of those primitive ancestors exhibit residual magnetic fields in traces.

We know that magnetic properties of some substances were familiar to the ancient Chinese. In a book titled ‘The Manual of an enlightened farmer about useful plants’ which dates back to the Han dynasty (around 200 BC), there is a record about how magnets may be used for treating swollen joints. The Chinese certainly used magnets and magnetic materials to improve chi or qi (the energy within the body which moves through channels and meridians). According to some the Chinese are also responsible for the discovery of the compass in the middle of the first century, but other claim that the compass had not been used until the second century.

A Roman historian, Pliny the Elder (23-79) noted that, in his time, magnets were used for treating ocular conditions. A Persian physician Avicenna (980 – 1037) used magnets to counter the symptoms of depression. An ancient text, written in Sanskrit, the Atharvaveda speaks about the use of magnets for stopping bleeding. Egyptian records say that magnets were in use in their medicine; it is believed that Cleopatra wore a small magnet on her forehead to preserve her beauty. Vikings from the north of Europe used magnetic stone, a kind of potent magnetite, in the sea voyages, as a predecessor to the compass.

It is also said that Queen Elisabeth I (1533 – 1603) used magnets to improve health, at the recommendation of her court doctor, the famous doctor William Gilbert. Some claim that it was him who noticed that normal iron can become magnetized in contact with magnetite. This doctor was, allegedly, the first person who emphasized that the compass always pointed in the direction of the north. An Austrian physician and the inventor of hypnosis, Franz Mesmer (1735 – 1815), experimented with various types of therapy by using magnets. A German physician Samuel Hahnemann (1755 – 1815), the founder of medical practice known as homeopathy, was a great supporter of the use of magnets in treatment and he often used them in combination with homeopathic treatment.

Today every modern hospital uses electromagnetic equipment. The instruments which are used for measuring magnetic resonance (MRI) analyze the rate of absorption of high frequency waves by the potent magnetic field. These instruments create multiple cross schemes of the scanned object, which reminds of instruments based on x-rays, but these two types of instruments do not show only solid objects (such as bones). With MRI scanning soft tissues may be investigated and tumors may be located. The rate of absorption is the variable capability of tissue to absorb magnetic forces without feedback wave radiation or pulses of energy. Microwave therapy uses short waves of electromagnetic impulses. They have a high frequency, intensity and are narrowly focused. We may have significantly advanced with the leap from the use of magnetite to MRI instruments but magnetism is the essence of this progress. 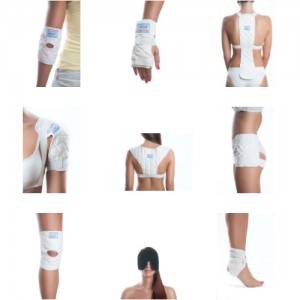